Robotic surgery is a type of minimally invasive surgical procedure

This procedure was developed to overcome some limitations of the conventional methods, such as laparoscopic procedures and open surgeries. In general, minimally invasive procedures enable us to operate through a few tiny incisions instead of using large open cuts.

The robot itself consists of three mechanical arms with miniaturized surgical instruments attached to the end and one arm with a high-definition camera which shows the surgeon a magnified 3-D view of the entire surgical site. Looking through a specialized monitor, the surgeon is provided with a detailed overview of the anatomical structures, nerves and blood vessels which could not be reached in 2-D imaging. Such a level of overview lowers the risk of undesirable damage to the surrounding structures and the associated complications. The surgeon controls the robot with a console and a highly sensitive joystick enabling a degree of unprecedented precision, delicacy, range of motion and flexibility unimaginable for human hands or even laparoscopy and therefore a higher level of safety for the patient.

Unlike in open surgery, the incisions in robotic surgery are only minimal. This not only enhances the cosmetic effect of the surgery, but also lowers the risk of potential complications occurring with large scars, such as incisional hernia which could potentially lead to infections or even another surgery. Minimal incisions also shorten the healing time of the wound and mean less pain which also reduces the usage of pain relievers.

THANKS TO ALL THESE FACTORS, THE PATIENTS CAN PROFIT FROM MANY BENEFITS, INCLUDING

One of the most common robot-assisted procedures at our Robotic Center is radical prostatectomy for prostate cancer of which we perform over 400 a year.

An alternative approach to this procedure is an open surgery where the patient usually ends up with a large scar on the abdomen.

Complications can occur during the open surgery or in the post-operative period, such as severe bleeding mainly from venous plexuses in the pelvic floor area or undesirable damage to the surrounding structures. This can eventually result in post-operative complications, such as incontinence or impairment of the male sexual performance. The da Vinci system on the other hand offers a perfect overview of the surgical site which makes it possible to very precisely identify the area of the urethral sphincter and the nerve bundle important for preserving sexual function. 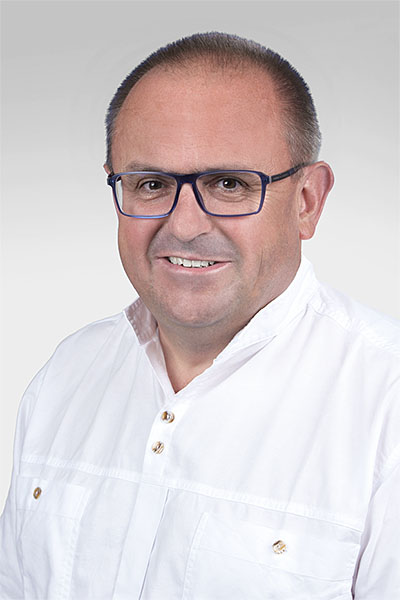